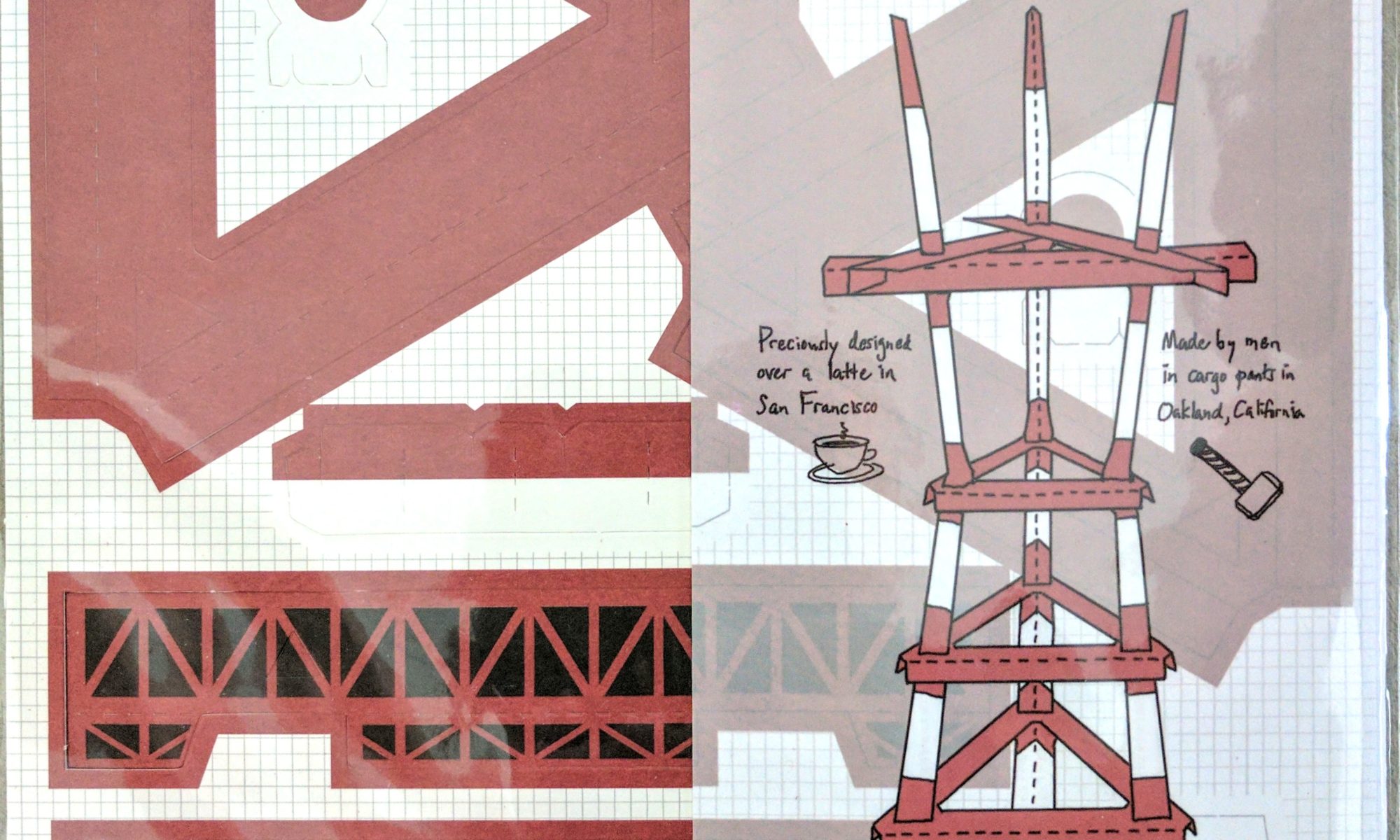 The Sutro Tower is not only a prominent part of the San Francisco skyline and a fascinating landmark for visitors, but also provides television receptions for the local residents. Before its construction in 1973 the television reception in the city was very spotty due to the many hills blocking the signal. The great height of the Sutro Tower – 977 ft – solved this problem. The tower is situated on a hill between Twin Peaks and Mount Sutro, which is where it gets its name.

The Zatchu Punch Sutro is made with a wide stance to make it very stable, but still captures the aesthetic of the tower perfectly.

How to Put It Together