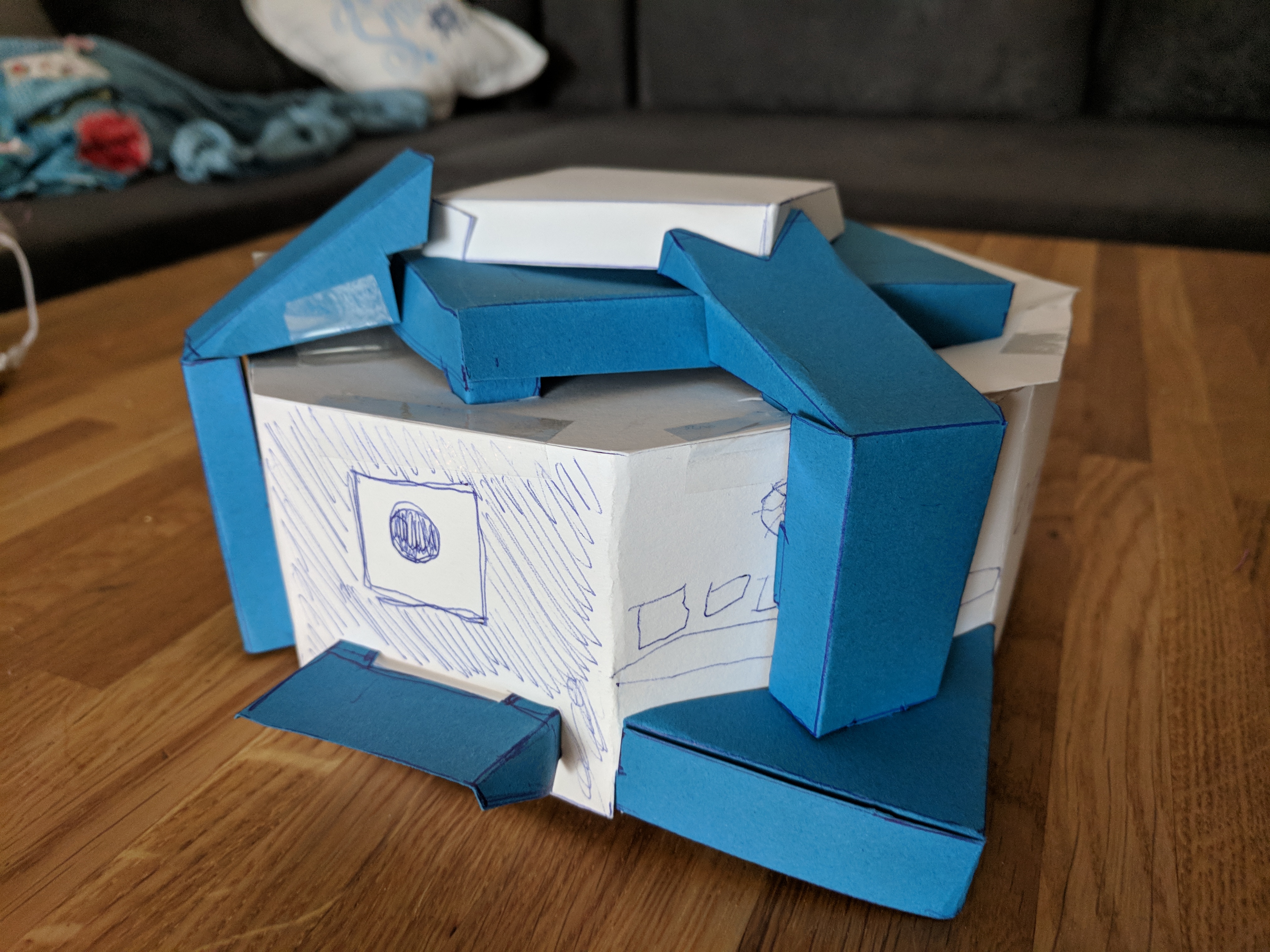 When approaching any new model, I always ask a few questions:

With NDK, it was easy to decide that the square-within-a-square-within-a-square feature was the most important architecturally–it gives the building an ‘eight-sided’ square look. The grounds are quite extensive–and the fountains on the promenade are only active a few months of the year–so I decided to leave those parts out. I wasn’t sure about the Metro entrance–the most interesting parts of that are underground, and although it would be a cool detail it would mean raising the rest of the model up in order to add the underground part. So I took a page from the history book and put in the statue commemorating 1300 years of Bulgarian statehood instead. (The statue has since been torn down, but everybody remembers where it used to stand.)

Built during Communism with the support of Lyudmila Zhivkova, NDK stands today as the biggest indoor venue for cultural events in Bulgaria.